Explore the Salamanca Market & The Areas Nearby 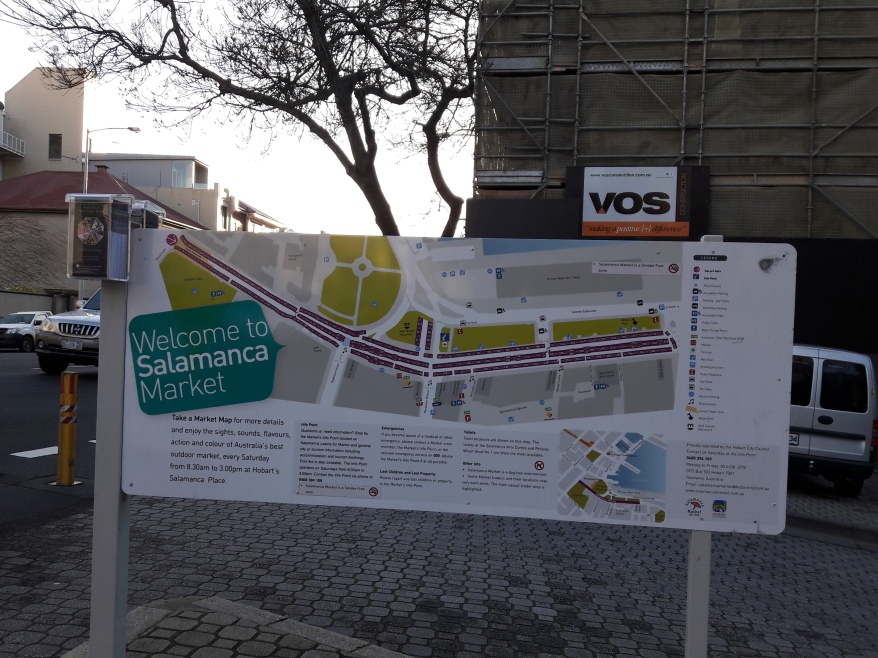 When I planned to travel to Hobart, Tasmania, I really wanted to have the experience in exploring the local market. The most happening one, of course. And there was an outdoor market that happened every Saturday at 8.30 – 15.00 in Hobart’s Salamanca Place. Salamanca Market. It’s located just beside the St David’s Park in Hobart City. This market was so big and happening with lots of stands that sold variety of goods, such as foods and beverages, fruits, toiletries, flowers and other plants, clothes, accessories, and other unique items. There were also surround with beautiful live musics. Just like in Richmond Village, I took a note the Salamanca Market’s map for not getting lost. The map was installed in the entrance gate, so I just took the photo of thr map and follow the way. 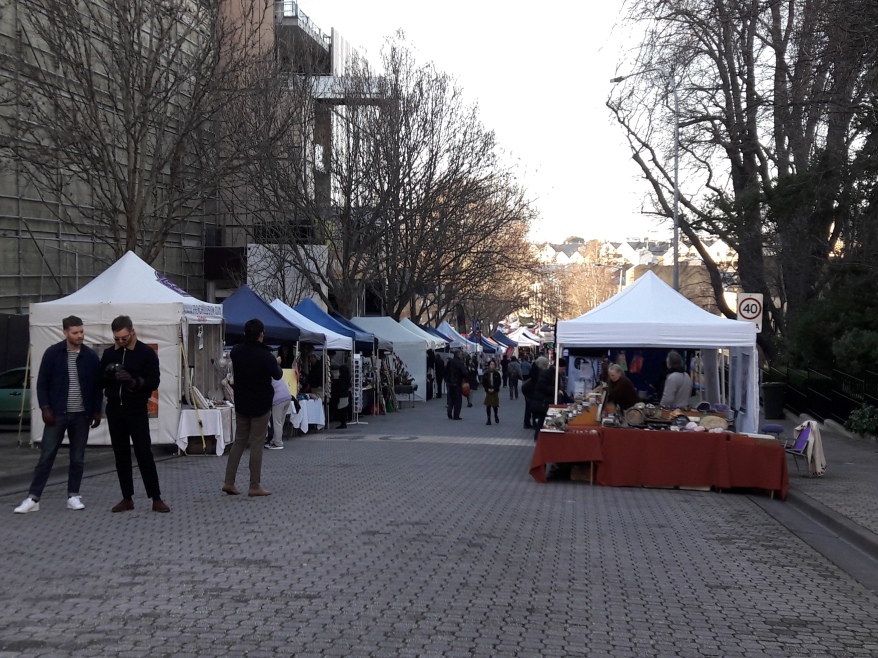 I arrived the market around 8 am and it was still not crowded. There were still few people walking around and also the sellers were still doing some opening preparation. The front stands mostly sold unique accessories and clothes, and those were a bit expensive. But the goods were in good qualities and very attractive to be bought. As I was starving, I decided to find the stands that sold foods and beverages before I did some explorations.

Accessories near the entrance gate

The things that was catched my eyes were the variety of vegetables and fruits that being sold in Salamanca Market. There were also fresh and new. And I could find some strange fruits that were not available in Indonesia. The prices were also cheap and affordable. I wanted to buy all of them at that time. 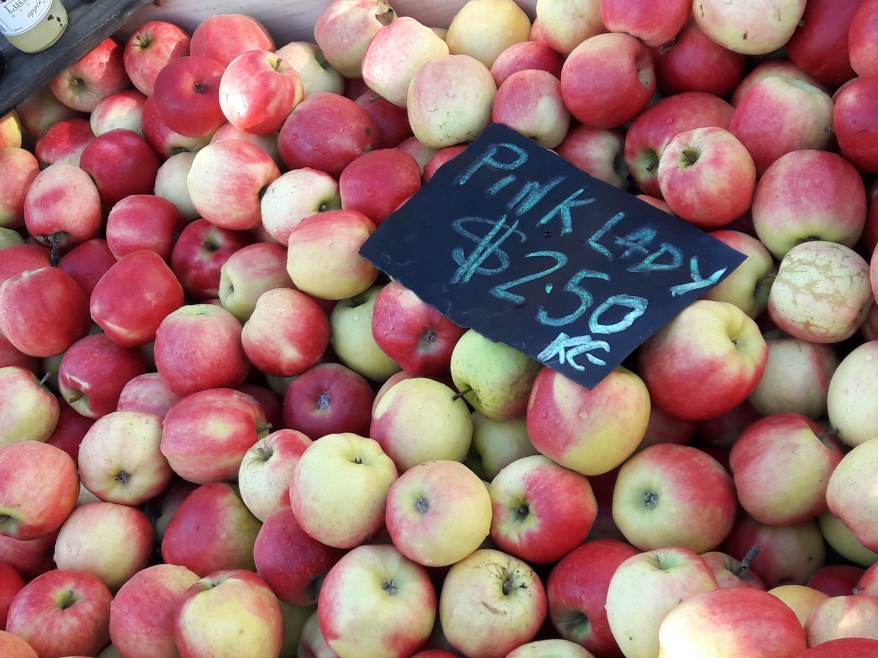 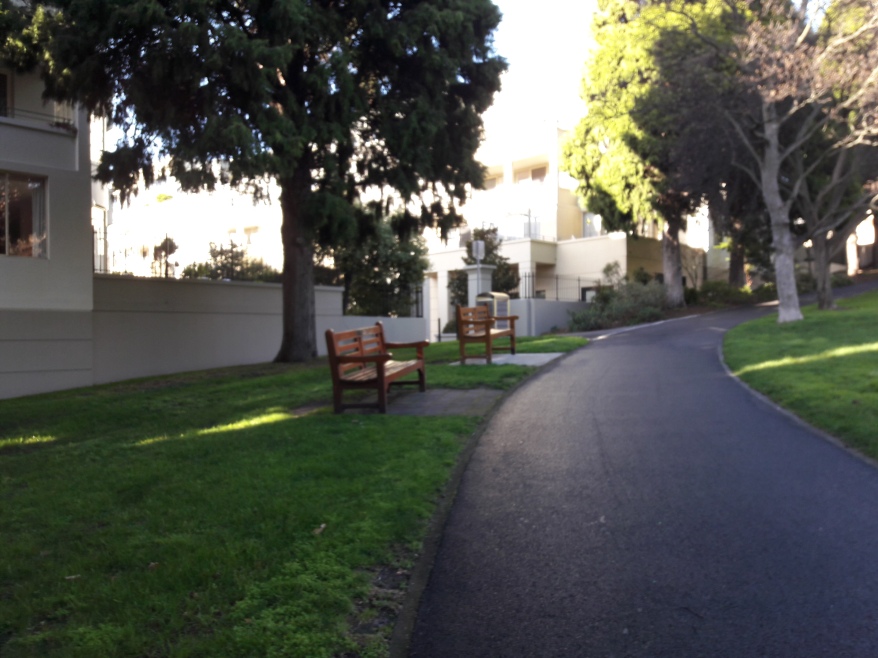 And there was also the beautiful apartment inside the garden. It was in a small apartment complex and very homey. 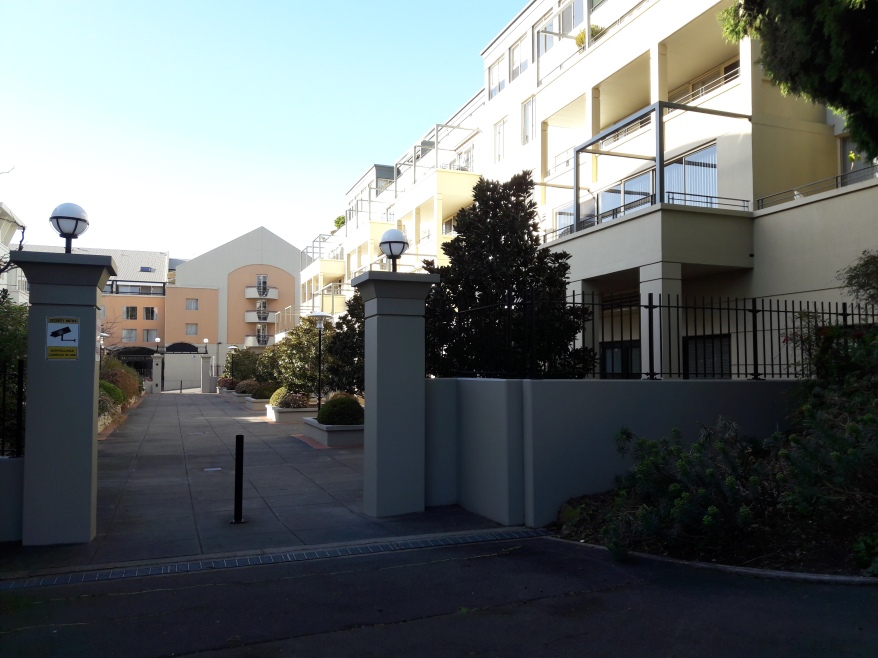 Finally, after about 25 mins walking, I arrived in the Battery Point area. It is known as one of the city’s prestigious suburbs. This area adjoins the Waterfront and Sandy Bay. In the Battery Point area, there were lots of historic buildings, such as houses, cafes and restaurants. The road was so empty. There were only few cars passed by. 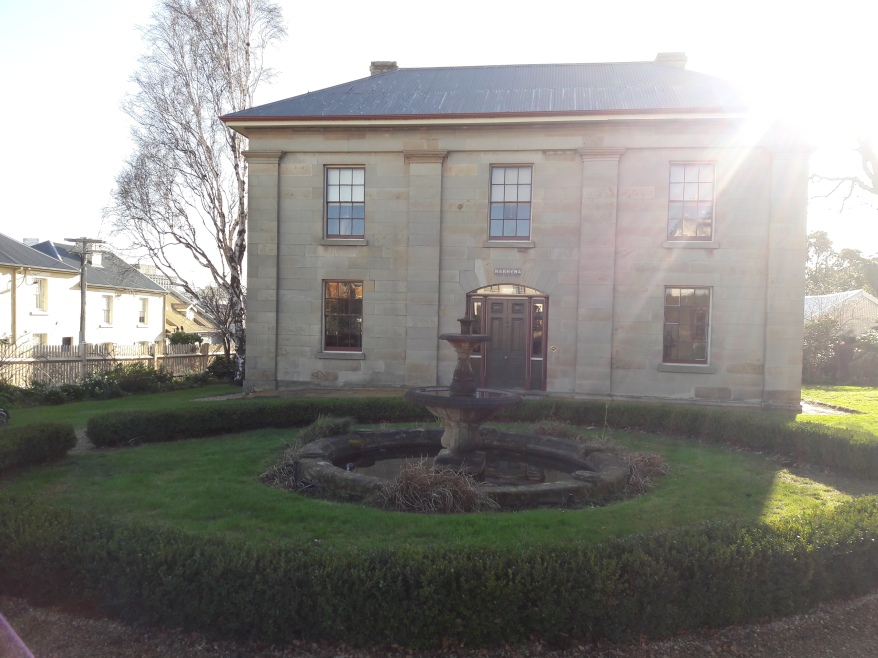 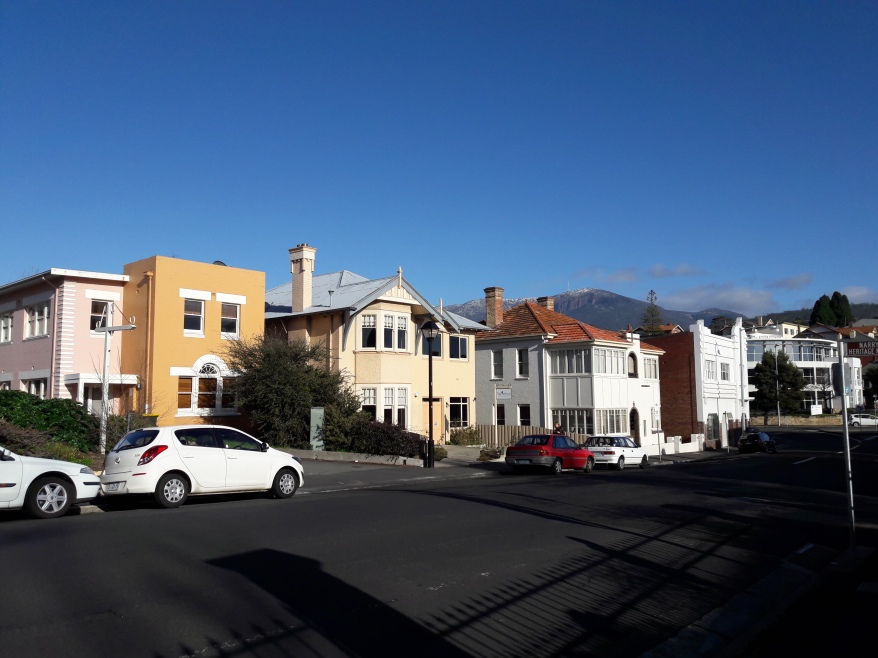 Empty road with a homey environment 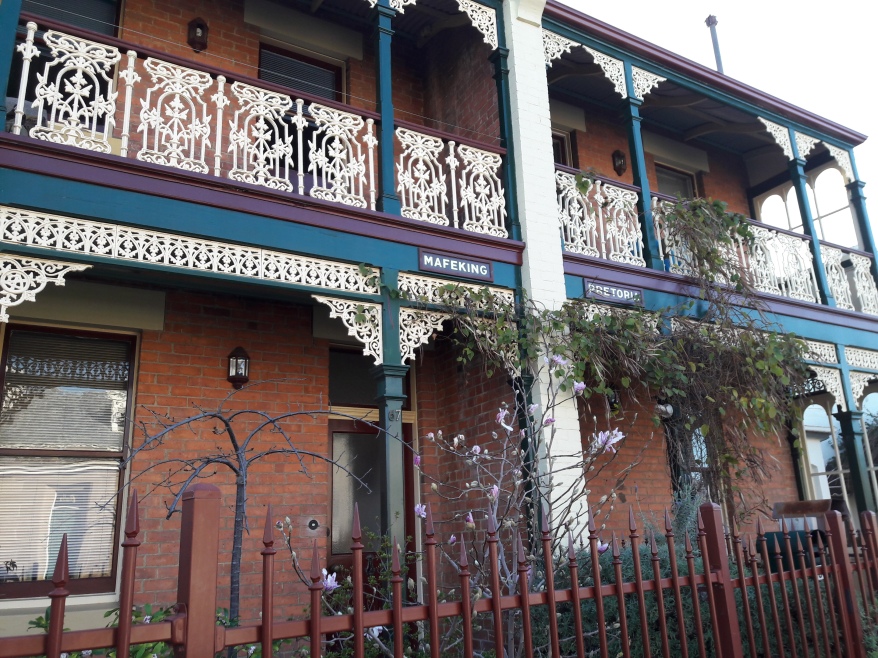 One of the houses with vintage style 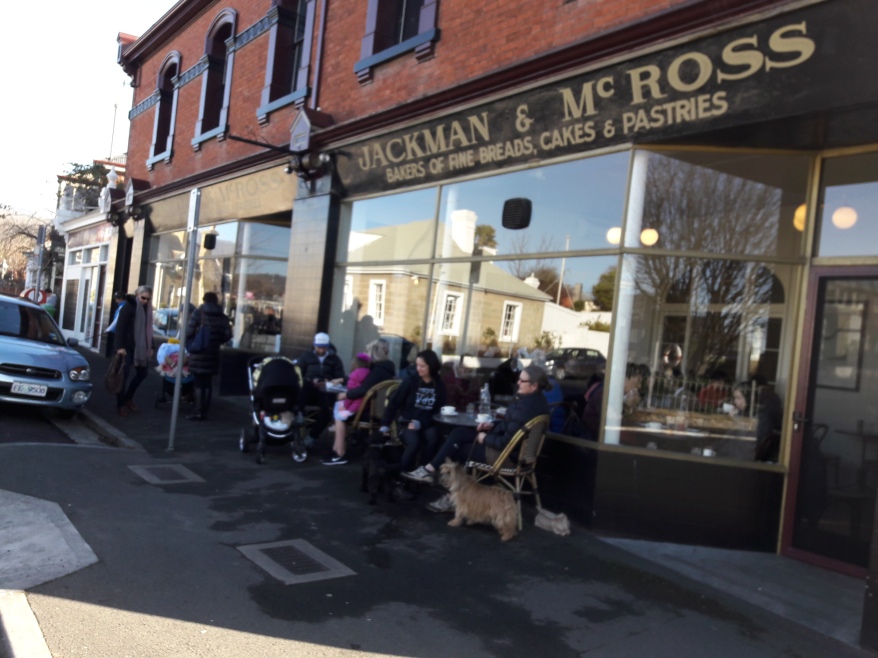 I bought the breads for breakfast in Jackman & McRoss bakery. They sold many pattisseries and hot drinks. Some people were sitting there and had a wonderful morning with their colleagues. I decided to had my order for take away and continued walking through the empty but beautiful road.

Thee were cute and attractive shops surround. It was like a Milli Vinilli, whereas there were the group that popular years ago called Milli Vanili. And other building present “Becak” as the accessories near the entrance. Becak is the old public transportation in Indonesia. That’s why I was so impressed with the showcase. 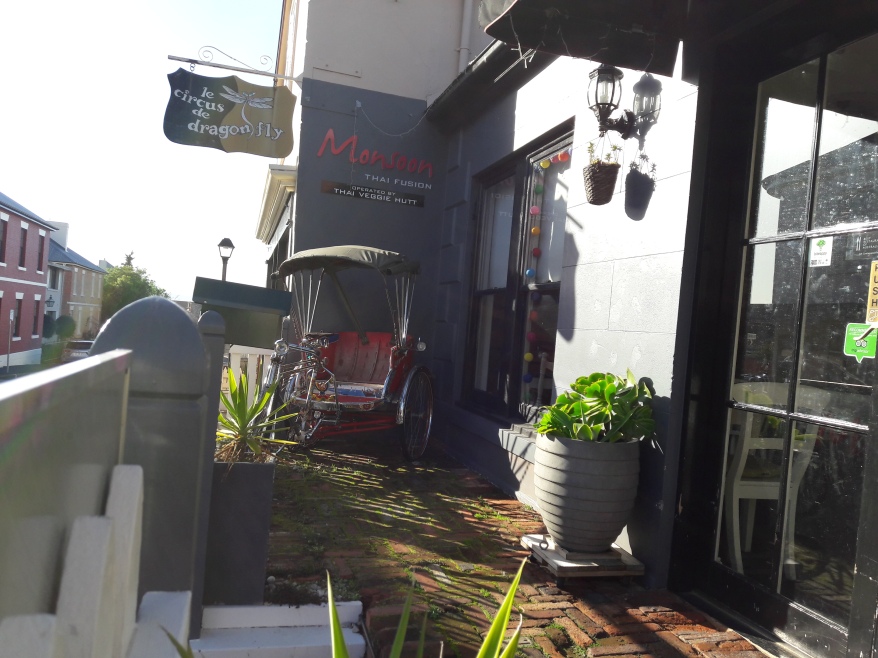 Becak display near the entrance

There were also a very cute restaurant in blue colour. I love the building style. It is so vintage. I just could take a photo for about a min in this spot as the waitress always asked me what did I want for breakfast. Haha ….

I am in love with the beauty scenery in my background photo. It was so clean and refresh my day. The sky was so blue and clear.

I went back to Salamanca Market through the sidewalk gallery. The building were so cute and oldies. I was also experienced in Kelly Steps. It was the short cut to Battery Point and Historic Village Centre. This steps was so popular. 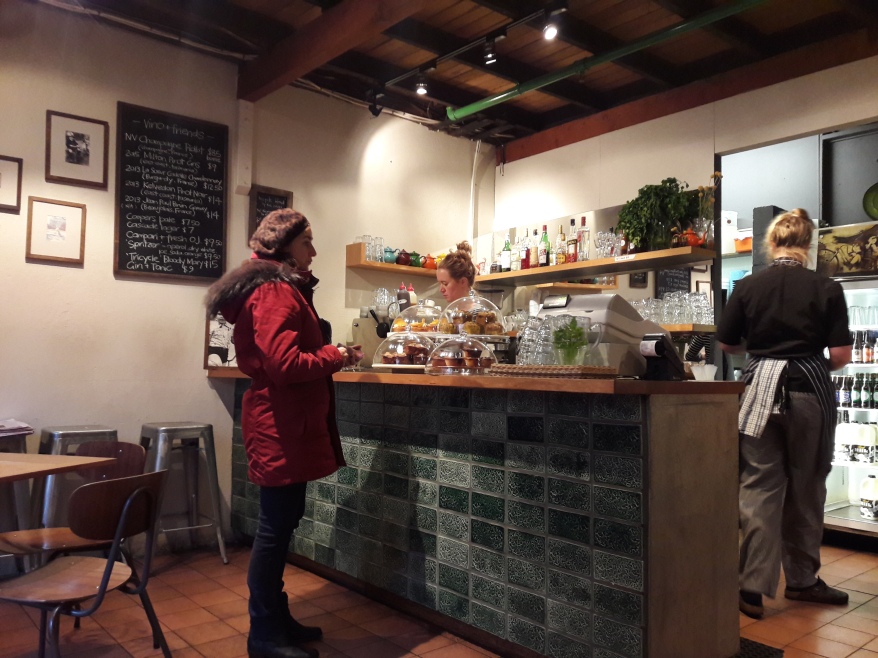 I ended up my morning journey in the small cafe inside the gallery area. I took a cup of hot cappucino to energize my body and continue my next journey.

There are a lot of things to do in Hobart city. The important point is you have to check the schedule as the shops and restaurants close at 5pm every day.

Enjoy the journey and t

I am just a girl who loves all beauty stuffs and traveling. And I am really addicted to a hot cappuccino. View all posts by nikensmartini